A cholera epidemic devastated England and in its wake was a multitude of orphans; many left to fend for themselves on the street.

Compassion filled George Muller’s heart; his ears rang with the call of God – homes for orphans; quality, godly institutions.  This ministry was successful by every measure but it was Muller’s fundraising style that became legendary.  Simply put – he refused to raise funds!  He would not ask people for gifts for the ministry; he wouldn’t even report on immediate financial status or needs.  George and his staff turned to God and only God, in prayer, for the needs of the ministry.

His style was legendary and effective – our God moved men and women to open their hearts and their wallets for the needs of the orphans.  Our Father engineered circumstances to favor the ministry.  Astounding!

Still more intriguing is the fact that George Muller was not satisfied with money for just his orphan houses; he took this faith to a new level – from merely receiving to giving.  He became one of the foremost distributers of scripture and a significant supporter of foreign missions.  How?  The very same way he raised funds for his ministry – through prayer & prayer alone.

Muller would go to our Lord and point out missions and ministry needs that, in his opinion, ought to be well funded.  Then he would ask God to give him money to invest in these spiritual tasks – and the Father gave him good gifts; gifts that he immediately sent to those for whom he had been praying.  One ministry that particularly drew his attention was China Inland Mission, led by Hudson Taylor.   George and Hudson shared the same fundraising philosophy.

That was then; this is now … “Jesus Christ is the same, yesterday, today and forever.”  Could this be, perhaps, the solution to missionary support today in the face of our hard economic reality?

What if Christians would not settle for the current “fact” that they have no money to give? Rather, believing from the depths of their hearts “The earth is the Lord’s and everything in it” they began to ask earth’s Owner to give them funds to give away!  What would happen?  Perhaps the only reason we are experiencing a shortage of mission funding is because we have locked our focus on our dwindling personal funds and church accounts and neglected to lift our eyes to our Provider.

The God who answered George Muller’s requests for money to give away is still on his throne and still cares that the world would know his Son and see his glory.

So the opportunity lies before you, an opportunity to experience God.  Will you become a faith-giver like George Muller?  Will you start with a simple prayer?

“Lord, you own it all.  I ask you for money to give to this mission.  Surprise me with something I had not planned on, something that is clearly from you: a special discount, extra money, another opportunity to earn.  Give it to me, Lord, and I will gladly give it away to help build your kingdom.”

Will you make Twelve21 Mission a subject of your prayer?  Thank you. 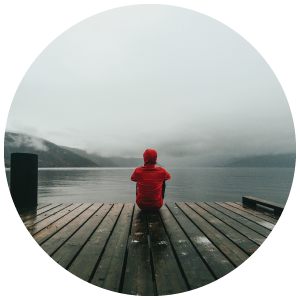 Sign up to download your copy of When God Answers No: What to do when it seems that your prayers aren't getting through by Tom Mullenix

You have Successfully Subscribed!